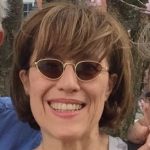 Maria Paola Sutto is a biologist and a journalist. Her research interests focus on environmental impacts at different scales, from molecular markers to the organized urban systems that allow human species to develop. She moved to the United States in 1992 as foreign correspondent for the emerging field of multimedia (1993-2001), writing extensively for all aspects of urban life. In Italy, she began her career as research scientist for molecular transport mechanisms in diabetes and she has applied those skills in multiple ways and in a variety of fields, including environmental consulting, publishing, and, for a decade, as a theatre director in Rome, before joining the Urban Design Lab in 2008.

Among Sutto’s activities have been the establishment of: the Sullivan County Green Energy Fair, which pioneered locally-based green enterprise (2007); the Upper Delaware Preservation Coalition (2005); and, together with other scientists, the Columbia Green Roof Consortium (2009). She is an active promoter of initiatives that foster effective research, such as New York City’s Town + Gown initiative, which coordinates the research platform between city agencies and national academic institutions, and she is the co-editor with Richard Plunz of Urban Climate Change Crossroads (2010).