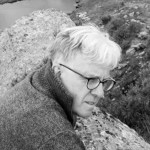 Richard Plunz is a leading figure in urban design and one of the world’s leading authorities in urban housing: His Housing Studios, which he developed at Columbia are now an integral part of architectural curricula everywhere.

Plunz moved to Columbia University in 1974 and in 1977 became chairperson of the Division of Architecture, with oversight on the renewal of the professional Master’s curriculum. Since 1992, he has been director of the Urban Design Program, one of the most substantive curricula in the field.

His research into the evolution of housing in New York City has led to a number of projects including his landmark study, A History of Housing in New York City (1990). In his long term research interests, Plunz completed: a 14 year project on the urban expropriation of the Adirondack High Peaks region in Upstate New York with the help of the J. M. Kaplan Fund and others; a threedecade study of physical and social transformation at Turgutreis, in Bodrum District on the Turkish Aegean coast. The study was in part supported by the Aga Khan Award for Architecture. In 2005, Plunz was appointed director of the Urban Design Lab (UDL) at Columbia’s Earth Institute.

After receiving professional degrees in engineering and in architecture from Rensselaer Polytechnic Institute, Plunz specialized in urbanism related to both urban history and application of cybernetic and information theory to urban development. Plunz has held professorships at Rensselaer, Pennsylvania State University, Columbia University, and the Katholieke Universiteit Leuven, in Belgium, and has taught and lectured extensively and internationally.

At Rensselaer and Penn State, Plunz developed pioneering research in hospital design and public secondary education related to inner city contexts. With the support of the United States Public Health Service, he conducted pioneering research in digitized environmental modeling for the low income neighborhood of Mantua, in West Philadelphia. He has developed anthropological field techniques toward built form considerations and initiated long-held research interests related to housing design and development of sustainable higher density alternatives to the suburban single family house. Plunz continued his involvement in the anthropology of building with an extensive study on the two century transformation of a utopian industrial community of San Leucio, Caserta, in Southern Italy.

Plunz’s work has been supported by the Rockefeller Foundation, the National Endowment for the Humanities, the J. M. Kaplan Fund, the New York State Council on the Arts, the Aga Kahn Award for Architecture, the United States Public Health Service, and the Ford Foundation. In 1991, he received the Andrew J. Thomas Award – Pioneer in Housing from the American Institute of Architects.

The author of many articles, studies, and reports, among Plunz’s publications are many books, including A History of Housing in New York City (1990), translated in French and Japanese; The Urban Lifeworld: Formation, Perception, Representation (2002); After Shopping (2003); and Eco-Gowanus: Urban Remediation by Design (2007). His most recent co-edited book is Urban Climate Change Crossroads (2010).