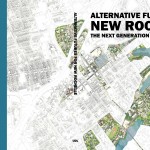 The Urban Design Lab (UDL) announces its most recent publication, titled Alternative Futures for New Rochelle: The Next Generation Live/Work City. This comprehensive urban study was sponsored by the City of New Rochelle in order to help devise alternative spatial strategies for a series of development clusters located in its downtown. The project proposes to transform New Rochelle from a mainly commuter… read more 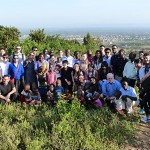 In December, the ongoing Urban Design Lab (UDL) strategic development studies for the City of New Rochelle hosted the final design review of projects from the joint Urban Ecology Studio between Graduate School of Architecture, Planning and Preservation and the Fu Foundation School of Engineering and Applied Science. Under the direction of UDL Director Richard… read more

In December 2013, Urban Design Lab Director Richard Plunz was an invited speaker in Seoul, South Korea, at the Seoul Institute speaking on “Lessons from the Manhattan Highline Project” as part of an international forum addressing the future of the mega-block Seun Sangga project in Seoul, dating from the 1960s.

The Next Generation Urban Infrastructure Lecture

Richard Plunz, Director of the Urban Design Lab (UDL), lectured in November 2013 at the Katholieke Universiteit Leuven in Belgium on “Next Generation Urban Infrastructure: The Kumasi Case”, covering the UDL’s work in Kumasi, Ghana, during the previous two years. The lecture was part of the university’s “Cities in Development” series within its School of… read more

The Role of Green Roof Technology in Stormwater Management

Patricia Culligan, Co-Director of the Urban Design Lab, lectured in November 2013 on “The Role of Green Roof Technology in Urban Stormwater Management” in the Bruce Podwal Seminar Series at the City College of New York. Her talk highlighted recent research and cost-benefit analyses of green roofs exploring the economic viability of this alternate technology.