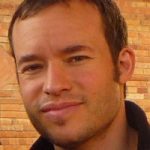 Kubi Ackerman is currently the Director of the Future City Lab at the Museum of the City of New York, an interactive, participatory exhibition on the future of New York City.

As Project Manager at UDL he worked primarily on urban food-system related research as well as the cultural impact of the rezoning of 125th Street in Harlem and urban development patterns in the Hudson River Estuary. He led the research on the capacity of New York City for urban agriculture and on New York City’s regional food system.