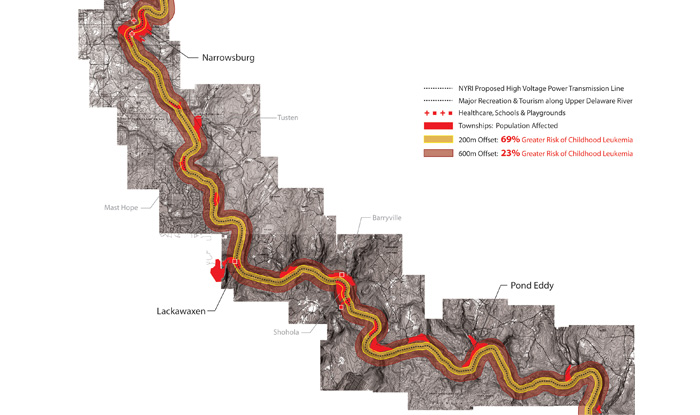 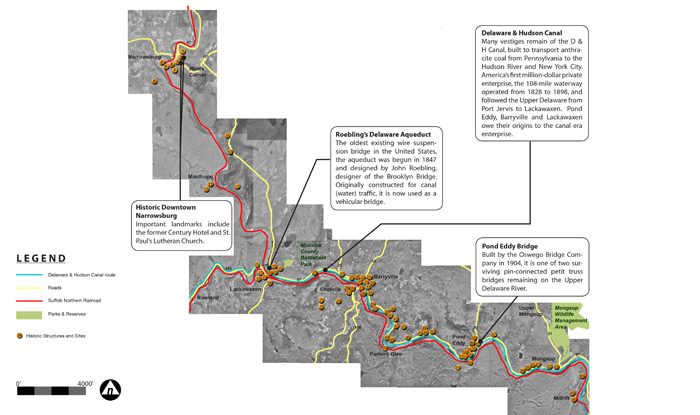 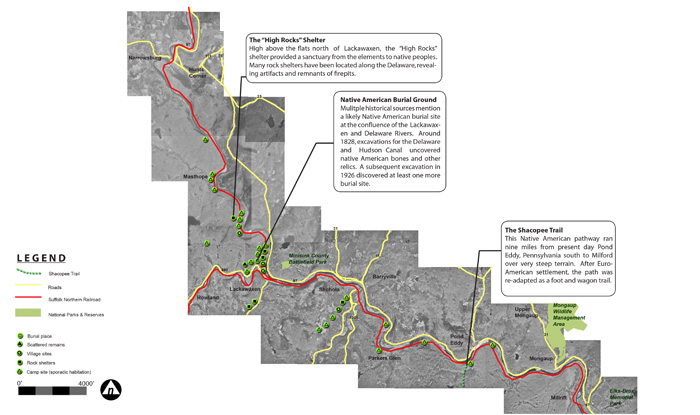 During the last decade, the Upper Delaware’s “Wild and Scenic River” corridor has experienced increasing and problematic pressures for new development. Located within two and a half hours from New York City, the corridor is the last in the metropolitan area to experience the effects of modern suburbanization. The local real estate market is being transformed by high prices closer to the city, as well as by demand from urban second home investors. New home development is threatening the fragile local ecologies and economies, and the potentials associated with “wild and scenic” qualities of the area are being weakened. The negative effects of rationalization are also felt in other ways, most recently with the New York Regional Interconnect high voltage power line proposal slated to run along the entire length of the river.

The Upper Delaware River, the longest free-flowing river in the Northeast, has not only been noted for its natural beauty, Bald Eagle habitat, and countless op­portunities for recreation and enjoyment, but is also an important cultural landscape. The area has a rich history of human use and occupation dating from around 6000 years ago, when primordial glaciers re­ceded and native peoples populated the river valley. Today, while much of the Upper Delaware is a unit of the National Park as part of the National Wild and Scenic River System, almost all of the land in the valley remains pri­vately owned. Many residents reside in historically significant houses, and traces of the Upper Delaware’s past are everywhere – from vestiges of bluestone quarries at Pond Eddy to the famous Roebling Aque­duct at Lackawaxen, to the historic downtown in Nar­rowsburg.

While the entire Upper Delaware River valley is rich in cultural resources, this report focuses on a limited area, from Narrowsburg in the north to Pond Eddy in the south. This area, as represented by the three his­toric settlements of Narrowsburg, Lackawaxen, and Pond Eddy, provides not only exceptional examples of cultural resources, but also a fair sampling of the wide range of sites to be found throughout the river val­ley.