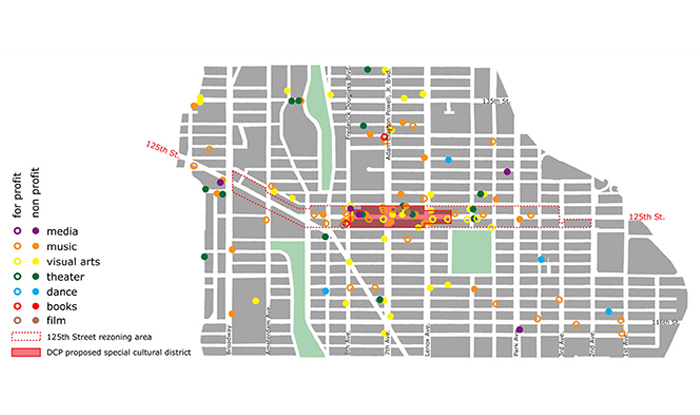 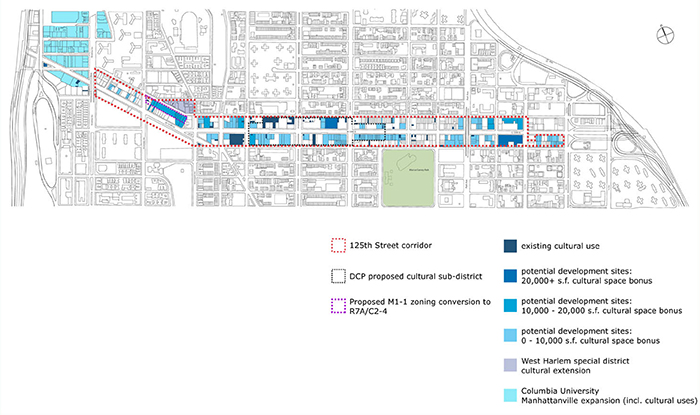 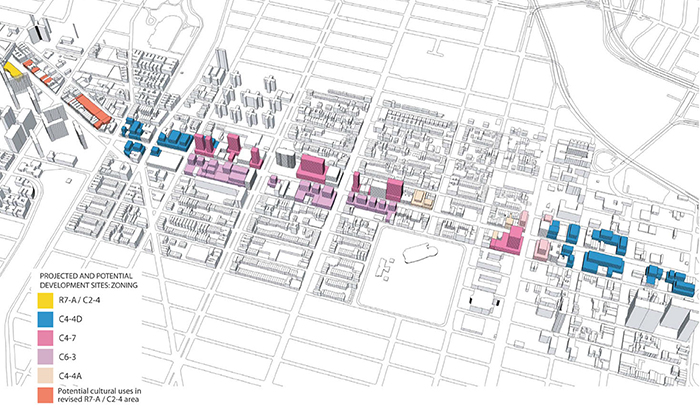 The New York City Department of City Planning reversed itself in including the Urban Design Lab’s (UDL) proposal for 125th Street in Harlem, based on the UDL’s collaboration with the 125th Street Business Improvement District (BID), in a rezoning plan. Previously, the BID and UDL’ recommendations had been listed as an alternative to city’s planning proposal but will now be given primary consideration for implementation for the remainder of the city’s rezoning approval process.

The goal of UDL’s collaborative study with the BID is to present a community-based vision to help secure the future of cultural presentation and production in Harlem, and to encourage the ongoing revitalization of 125th Street as a premier arts, culture, and entertainment destination.

The proposal outlines the physical, social, public management, and economic arguments for establishing a cultural bonus as the principal zoning tool for the further development of 125th Street, with its proposed cultural district creating temporary and permanent employment opportunities, generating a variety of spaces for cultural use, and leveraging opportunities for pedestrian and tourist connections with major redevelopment projects. The district has the potential to unite business, culture, education, job creation, and entrepreneurship, and to increase the overall economic vitality of the community by spurring development of a cultural industry that will facilitate the growth of not for profits and other small cultural businesses and attract the critical mass of people necessary to sustain local small businesses.

With the inclusion of the cultural bonus in the city’s rezoning proposal, the UDL’s work is more likely to be implemented to help preserve the cultural heritage of Harlem.