Visualizing Natural Disasters and Earthquake Risks for the Dominican Republic 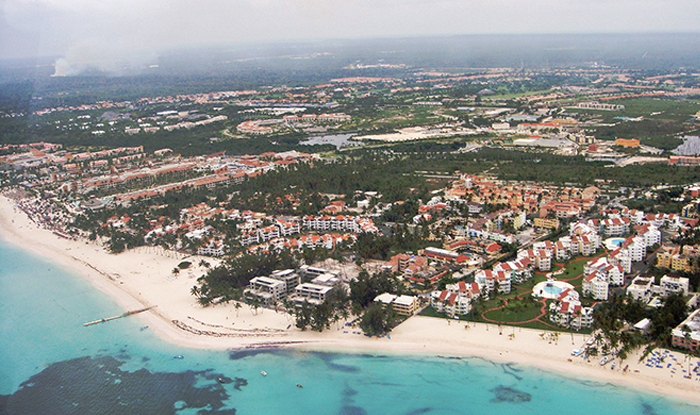 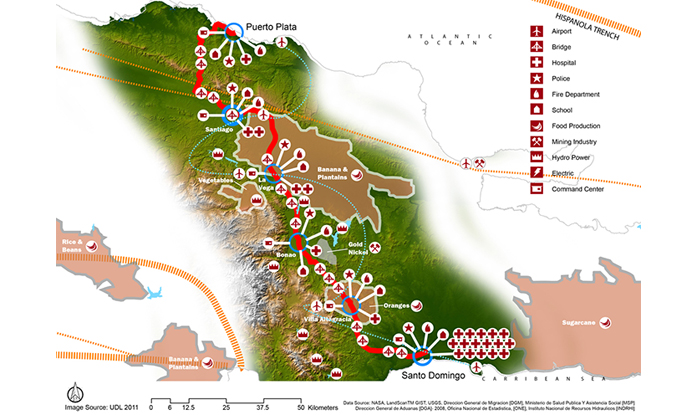 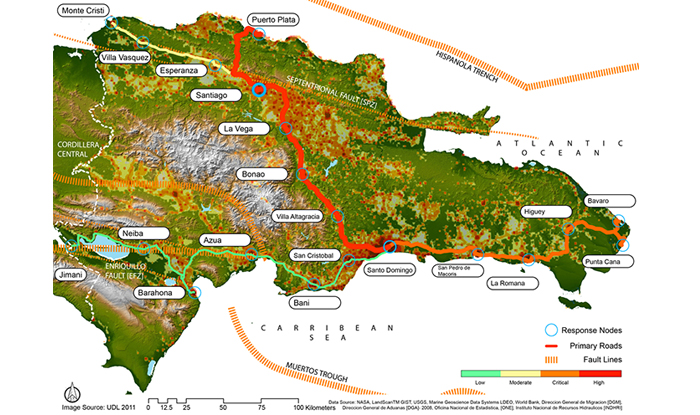 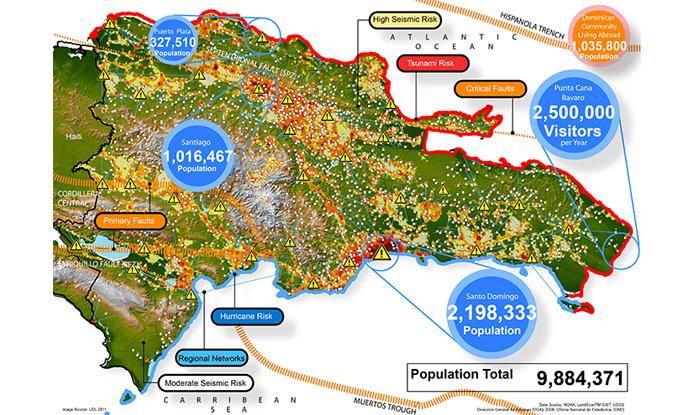 As countries and regions address the steps needed to achieve the Millennium Development Goals of domestic security and economic growth, gains are often offset by the impacts of natural disasters. The mass migration from rural to urban areas puts populations around the world at higher risk – especially since many major cities are located near coasts and fault lines. This increase in density brings more demand for essential services like water, sanitation, food, and energy. In the aftermath of the 2010 Haiti earthquake, the Urban Design Lab (UDL) received support from the government of the Dominican Republic to analyze its existing capacity and preparedness plan for future natural disasters.

With input from research colleagues at the Earth Institute, and the Fu Foundation School of Engineering and Applied Sciences (SEAS), the initial study looks at five main areas: hazard, exposure, fragility, risks, and integration and planning. Within each category, the UDL team identifies areas of resilience and necessary reinforcements for the country’s critical infrastructures, such as ports, roads, bridges, dams, power distribution, food storage, and critical buildings.

Engaging and coordinating with government officials, civic organizations, and academic and research institutions, the   UDL report analyzes the challenges within a complex emergency prediction and response framework.